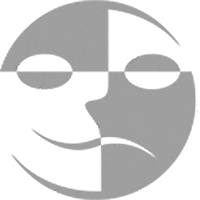 HOW I BECAME A PIRATE

Description: Book, Music and Lyrics by Janet Yates Vogt and Mark Friedman Based on the book ìHow I Became a Pirateî written by Melinda Long and illustrations by David Shannon. Performed by arrangement with Houghton Mifflin Harcourt and The Sandra Kijkstra Literary Agency. How I Became a Pirate received its world premiere at First Stage Childrenís Theatre, Milwaukee, WI. November 2-4 & 8-11, 2012 - Studio Young Jeremy Jacob is digging in the sand at North Beach when he is greeted by Captain Braid Beard and his mates, and is recruited to help find the perfect digging spot for their treasure. Boarding the ship, the Captain introduces the boy to his pirate crew who share with him the ins and outs of a pirate's life at sea. Jeremy is instructed on how to talk like a pirate and schooled in pirate manners and etiquette (or the lack thereof). A story of adventure and finding one's own heart - a path that can't be found on any treasure map! Shiver me timbers, this is a delightful show!

The Lincoln Community Playhouse offers many ways for you to share your talents!